News Staff
High school softball players around the state began their 2021 practices last week, and baseball players do the same this week in advance of their seasons starting in early February. Both softball and baseball seasons were cancelled last March, but all indications look like full 2021 seasons might happen. 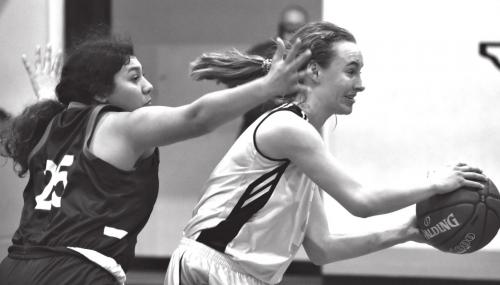 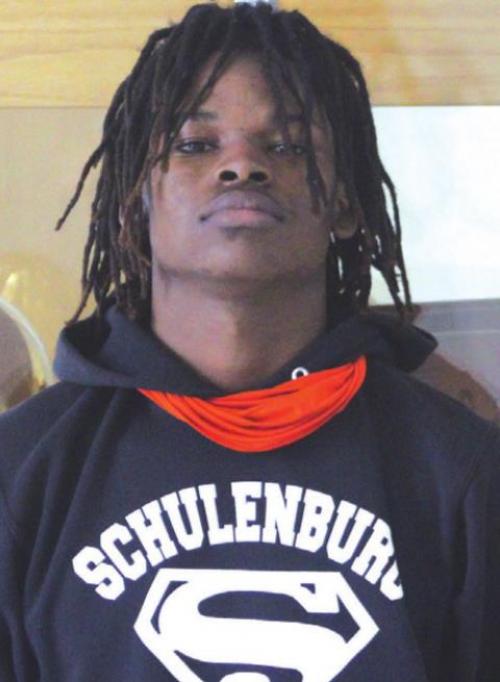 Brian Pierson
Schulenburg junior basketball player Kenny King has been a starter on the varsity team ever since he was a freshman, displaying his craft in many types of ways. Throughout Schulenburg’s current sixgame win streak, King scored in double-figures in two out of the last three games and filled the rest of the stat sheet while doing so. He’s also a starting wide-receiver and defensive back on the varsity football team. “The thing that makes him so valuable to the team is the stats,” said Schulenburg head boy’s basketball coach Rich Hoogendoorn. “In every category he contributes. He’s got offensive rebounds, steals, assists, so that makes him very valuable in addition to his scoring. He shoots the ball really well. He’s over 60% from the field, which is incredible in this day and age. He’s very valuable with his contribitions.”

News Staff
The La Grange girls soccer game versus Manor New Tech was canceled by Manor Tuesday because of COVID complications. La Grange’s next match is scheduled for Friday at Leopard Stadium against Bay City. 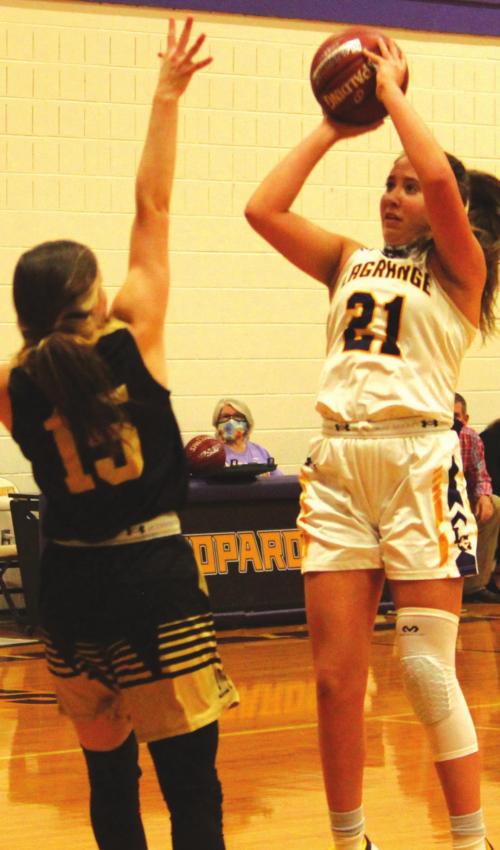 Jeff Wick
In the strangest of seasons, one thing was reliable. The La Grange girls were going to beat up on their district basketball foes.

News Staff
The Leopards boys soccer team beat El Campo at Leopard Stadium Tuesday 2-1 on goals by Victor Soto and Hector Orona. The above photos show Kevin Vazquez, left, and Jackson Bundick, right, in action Tuesday. The team now has a week off before starting district play at home next Tuesday. The Leopards finish off pre-district play with an overall record of 4-2-2. Photos by Jeff Wick

News Staff
The La Grange boys basketball team went to Giddings Tuesday and won a thriller 35-31 over the Buffaloes. La Grange sophomore Jaxon Cooper hit a go-ahead three-pointer with 12 seconds to go in the game to put the Leps up 33-31 and then Jordan Scott made two free throws with five seconds left to put the game out of reach. 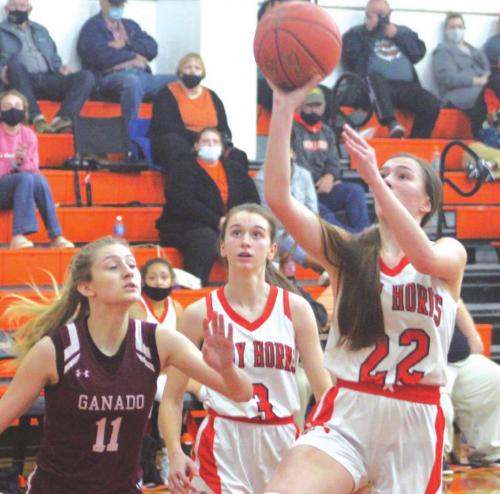 Brian Pierson
The Schulenburg Lady Shorthorn basketball team won their 10th consecutive game and clinched a playoff spot Friday night as they defeated Ganado high school 45-39. This win puts them at 14-3 overall and 7-0 in district.
Subscribe to Sports 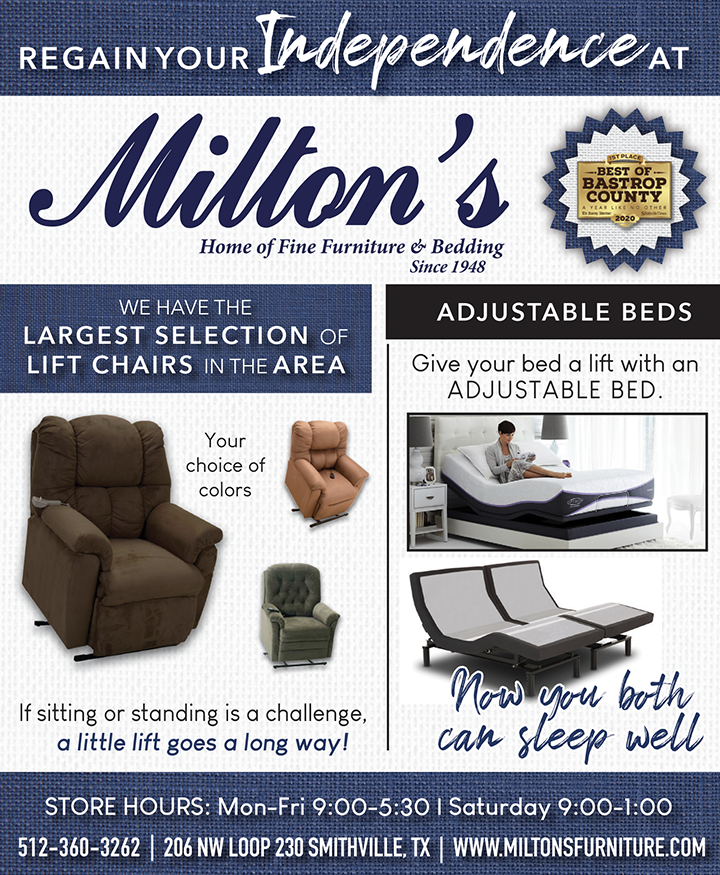 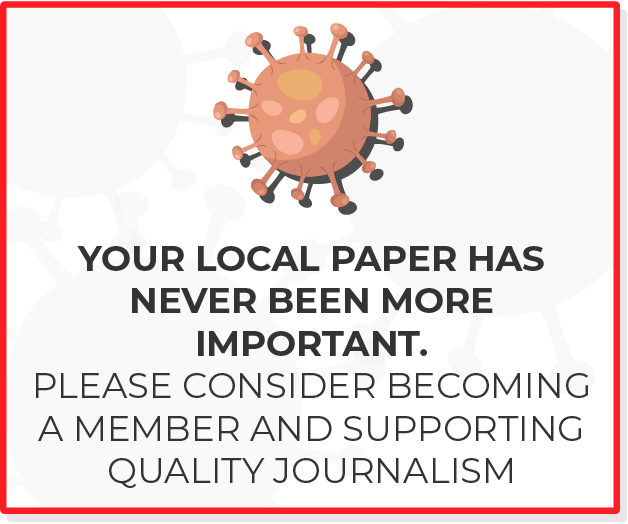 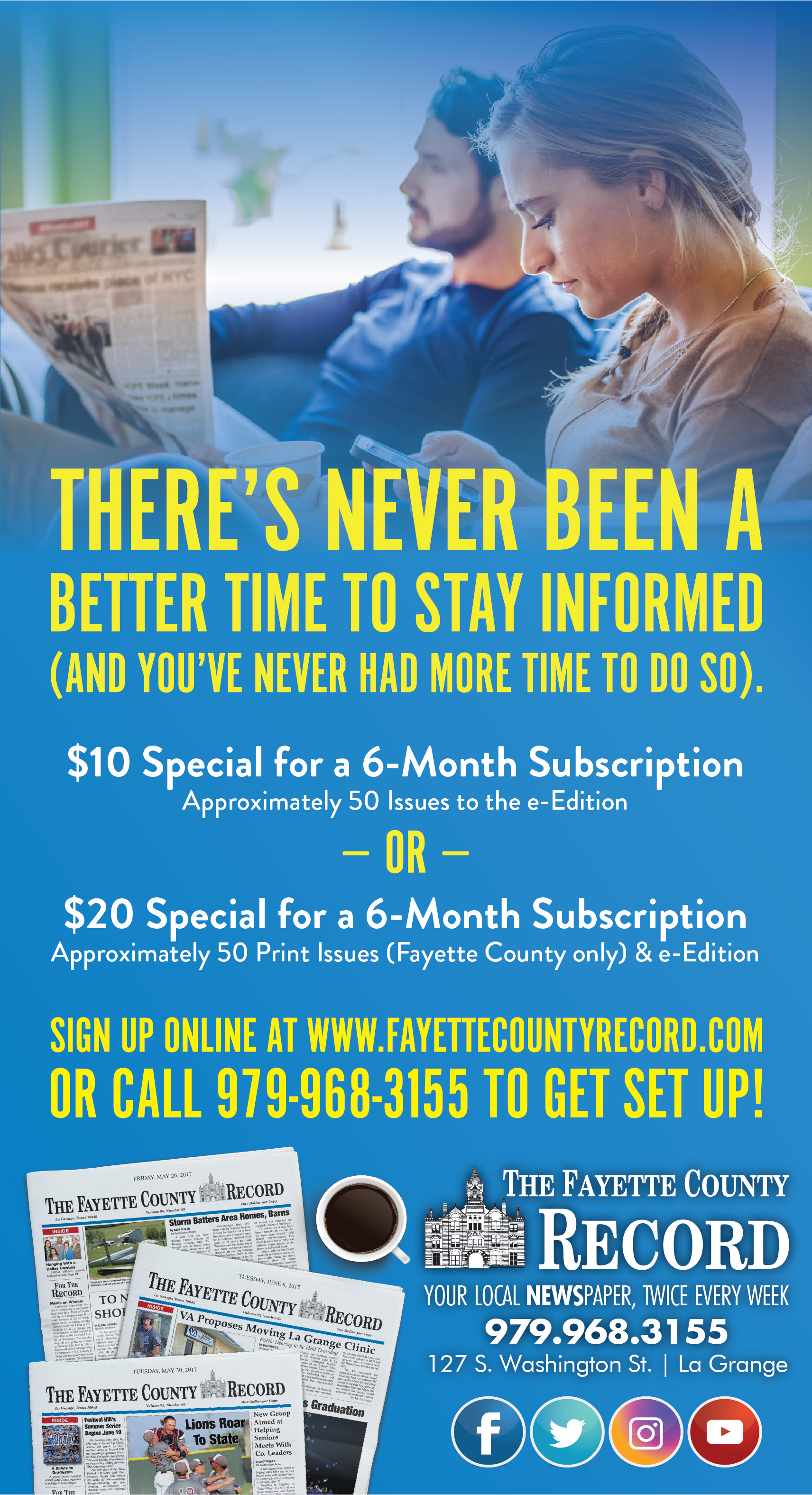